Complete Your Challenge Anywhere & Anytime In 2020
Sign Up Donate

Complete Your Challenge Anywhere & Anytime In 2020

WELCOME TO THE FIRST EVER VIRTUAL & INTERACTIVE BATAAN DEATH MARCH.

PLEASE NOTE: Due to an early and overwhelming response to the event, we have run through our original stock of Bataan 60.1 patches and coins. We are just blown away, thank you!! As soon as it looked like we might sell out, we put in a rush order for more. These are currently being produced and are being rush ordered as soon as possible. We will mail these out as soon as we have them in hand. In the meantime, your BATAAN & Fallen Hero bibs are being sent in this first packet (so you can honor your fallen hero along your journey). For those first 500 doing the GORUCK division, your Honor The Fallen Buff will be in the first shipment. All GORUCK patches are being mailed weekly as GORUCK division participants finished their 60.1 Bataan Challenge miles. Thank you for helping us to honor the sacrifice!

PLEASE CAREFULLY READ YOUR CONFIRMATION EMAIL IN ITS ENTIRETY. IT CONTAINS A CODE THAT YOU WILL NEED TO TRACK YOUR MILES ON THE MyVirtualMission APP.

*This event is produced by and is a fundraiser for Memories of Honor. We are not affiliated with the annual Bataan Memorial March held at White Sands New Mexico produced by the WSMR. If you have questions concerning this event please see our FAQ section and or contact us directly.

Through this virtual charity event, you are given the opportunity to "virtually" and "interactively" take the same 60.1-mile trek of the historic Bataan Death March from Mariveles, Bataan to San Fernando, Pampanga.

PLEASE READ YOUR CONFIRMATION EMAIL -- IT CONTAINS A CODE THAT YOU WILL NEED IN ORDER TO TRACK YOUR MILES ON THE APP.

Having trouble? See our FAQ page. 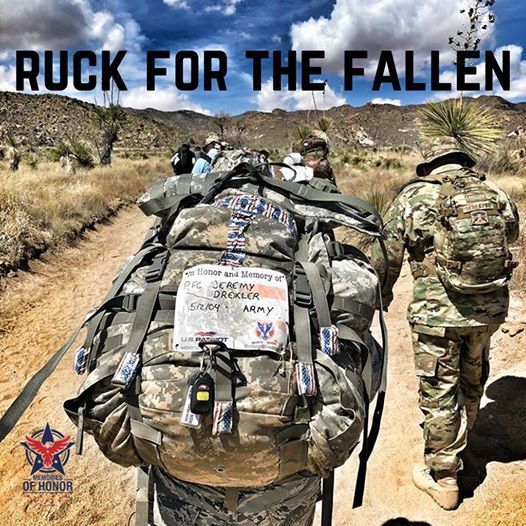 PLEASE CHECK THE REGISTRATION LEVELS TO SEE WHAT SWAG COMES WITH YOUR ENTRY.

This is located at the top of the site under the heading EVENTS. 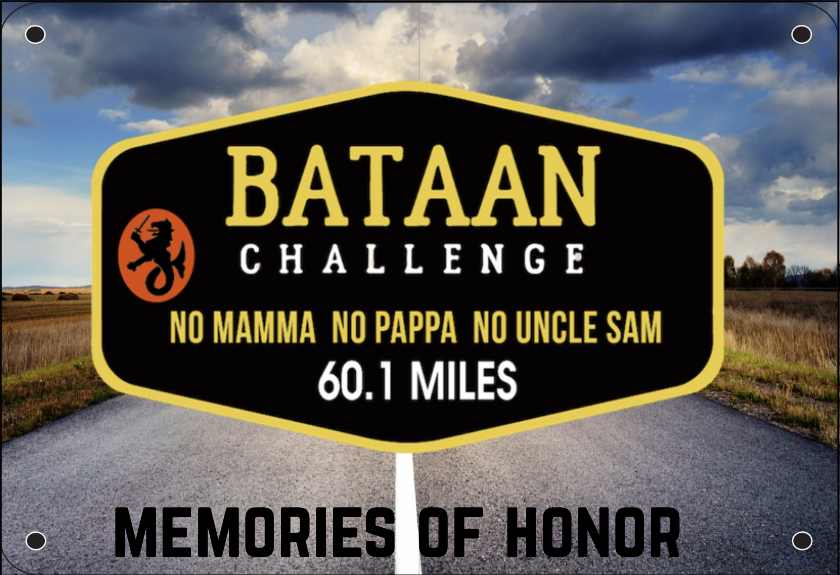 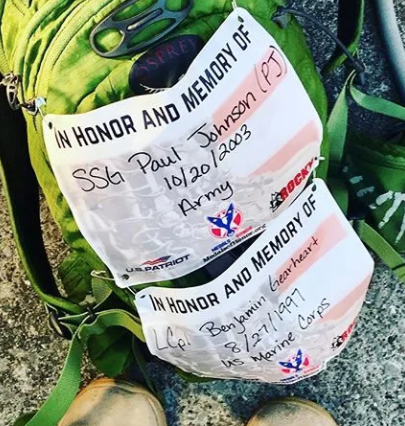 Memories of Honor (formerly known as Medals of Honor) is a registered 501(c)3 nonprofit in the state of TN #47-5273214. We honor our fallen military and the families they leave behind through sports, entertainment, and special events. Through these events and our programs, we help heal the invisible wounds of war for both surviving family members and veterans. Memories of Honor acts as a living breathing memorial so that no loss of life during service to our country is forgotten.

While Bataan death marched is meant to honor our heroes who gave up their lives in combat, this event can also be a way of remembrance and respect for our troops who have lost their lives while serving on active duty, our POW's and Veterans that we lost to suicide. While taking this 60-mile walk down the memory lane, it will give us hope that families across the world who were impacted by these tragedies in the past, today and in the future will know they are not alone.

If you have any questions about this VIRTUAL RACE, click the button below.

STEPS TO JOINING THE CHALLENGE

How do I set up the Phone App connection to my fitness tracker app?

CHECK OUT OUR UPCOMING CHALLENGE SERIES. LET'S MOVE FOR THE SACRIFICE AND THE FALLEN.